Trump Bought A Lot of Expensive Real Estate With Cash 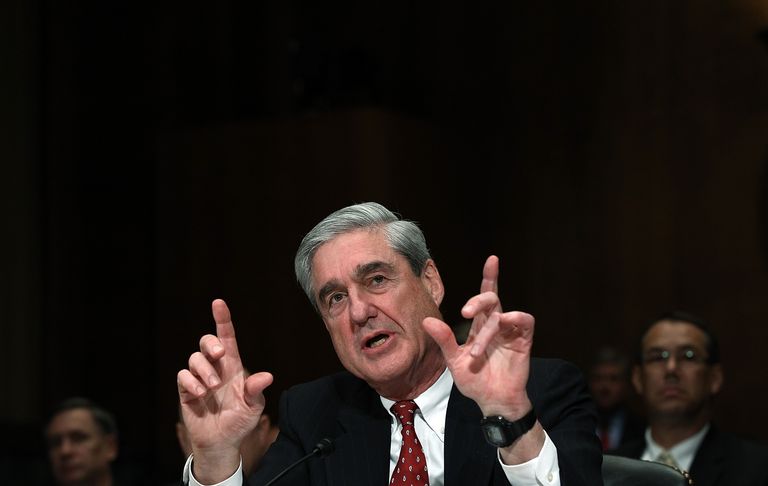 We weren’t the first to say it, and we won’t be the last, but here around the shebeen we’ve always known that it was going to be the money that ends it all.

Over the weekend, The Washington Post dropped a 200-pound dungbomb on the president* that clarified once and for all why Robert Mueller is chasing the president*’s dubious business practices as well as the campaign’s involvement with Russian ratfcking. From the Post:

In the nine years before he ran for president, Donald Trump‘s company spent more than $400 million in cash on new properties—including 14 transactions paid for in full, without borrowing from banks—during a buying binge that defied real estate industry practices and Trump‘s own history as the self-described “King of Debt.” …

Trump had access to far more cash than previously known, despite his string of commercial bankruptcies and the Great Recession’s hammering of the real estate industry. Why did the “King of Debt,” as he has called himself in interviews, turn away from that strategy, defying the real estate wisdom that it’s unwise to risk so much of one’s own money in a few projects?

In his previous life, the president* financed his empire by borrowing money and then declining, in one way or another, to pay it back. This was a successful strategy until he ran out of suckers, and it was only then that he set off on this binge of buying everything with cash.

Then in 2006…Trump changed his approach. Trump began buying up land near Aberdeen, on Scotland’s North Sea coast. Trump ultimately paid $12.6 million for the property. He’s spent at least $50 million more to build a golf course there, which was wrapped up in land-use fights and didn’t open until 2012.

“Even his closest senior advisers in NYC were surprised” that Trump paid cash, recounted Neil Hobday, a British developer who worked on the Aberdeen project with Trump.

Hobday believed it was a personal connection: Trump’s mother was born in Scotland.

“He was, I believe, ‘mystically’ connected and hooked to this project. All my conversations with him were almost on an emotional rather than hard business level,” Hobday wrote in an email to The Post.

That’s one explanation. It’s a dumb one, but it’s an explanation. There are several others, most of them coming from Eric Trump, and none of them make sense, either. But there is an explanation that can cover all the questions arising from this mysterious mid-career course correction in how the president* did business. Perhaps someone–or several someones–needed to wash some money. A possible reason that Mueller’s people are looking into this kind of maneuvering is that they suspect the Trump Organization was laundering money for the kind of people who need their money laundered. A possible reason for the president*’s having gone bouncing off the wall recently concerning the Mueller probe is that the president* thinks Mueller’s after that, too.

That is why you’re hearing so much about how Mueller is exceeding his mandate. But, should the speculation be correct, Mueller absolutely has the duty to look and see if the relationship between the president* and various Russian oligarchs began with a business transaction prior to the obvious political transaction in 2016. It was always going to be the money. That’s the only thing that’s ever mattered to the man.

What Would Trump Do to Undermine the Iran Deal?

Haspel’s Confirmation Hearings Are an Opportunity

The Catholic Church Scandal Can Always Get Worse

The ‘Business-Friendly Environment’ in Texas

Mitt Romney Is a Human American, Just Like You

I’m All for Ragging on McConnell, But This Is Nuts